Share a memory
Obituary & Services
Tribute Wall
Read more about the life story of Betty and share your memory.

She was born May 17, 1935, in rural Warren County, IL the daughter of Harry and Gertrude (Shaver-Daniels) Clayton.  She was raised and educated in the Gerlaw area where she attended rural grade schools, graduating from Monmouth High School in 1953.

Following high school Betty worked for General Telephone for 14 years. She later worked for Martha Brown Ltd for 25 years, 18 years as the store manager.  She also worked for Western Illinois Economic Partnership for a couple years.

Betty enjoyed spending time with her family, the loves of her life.  She enjoyed attending her grandchildren and great grandchildren’s sporting events.  She also enjoyed boating and fishing on the Mississippi River and up in Wisconsin.

She later served on the Warren County Housing Board as Commissioner from 2005-2015.

She was preceded in death by her parents, husband, 2 sister, Kaye Bresnahan and Sharon Webb, 5 brothers in law and 2 sisters in law, one step great grandson, Connor Lunstedt.

Cremation has been accorded.  No services are planned at this time.  Private burial will take place at Warren County Memorial Park at a later date.  Memorials may be given to Hospice Compassus and sent to the funeral home. McGuire & Davies Funeral Home and Crematory is in charge of the local arrangements. Online condolences may be left at www.mcguireanddaviesfuneralhome.com.

To send flowers to the family or plant a tree in memory of Betty Jean (Clayton) Johnson, please visit our floral store. 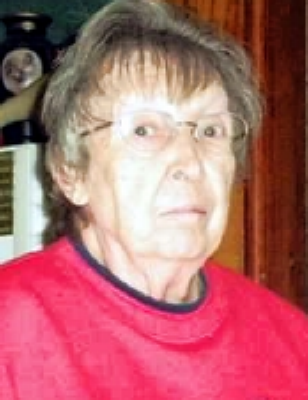 Family and friends are coming together online to create a special keepsake. Every memory left on the online obituary will be automatically included in the book.

You can still show your support by sending flowers directly to the family, or by planting a memorial tree in the memory of Betty Jean (Clayton) Johnson
SHARE OBITUARY
© 2023 McGuire & Davies Funeral & Crematory. All Rights Reserved. Funeral Home website by CFS & TA | Terms of Use | Privacy Policy | Accessibility