Share a memory
Obituary & Services
Tribute Wall
Read more about the life story of James and share your memory.

Jim was born September 5, 1950, in Monmouth, IL the son of Edward and Norma Jean (Rankin) Olson.  He was raised and educated in Alexis, graduating from Alexis High School in 1968.

Jim served with the United States Army Reserves as a Drill Sargent from 1969-1975.

Jim married Denise Taylor on December 27, 1976, in Monmouth and she survives.

While in high school, Jim started his farming career on the Walter McKelvie farm until Walter retired in 1990.  While working on the McKelvie farm Jim also worked at OMC Gales Products from 1969-1984 until it closed. Following the closing of Gale Products Jim built grain bins for Walt Dagen for a while before beginning his career working for the Village of Alexis as the water and sewer superintendent.  He retired in 2021 after 37 years of service.  Jim also farmed and always said his favorite job was “Working the soil”.  He loved working with his favorite buddy Brayden, he could talk Papa out of anything.

He was a member of the Norwood Presbyterian Church, Alexis, IL, and the Alexis Volunteer Fire Department since 1985.  He was also a member of the Spring Grove Township Board for several years.

Jim enjoyed collecting farm toys, snow skiing, snowmobiling, attending and watching his grandchildren’s sporting events.  In his early 60’s Jim had a midlife crisis and purchased a 1967 and a 1968 GTO.  He attended many cars shows with Denise and had a great time doing it.

He was preceded in death by his parents and brother, Thomas Olson.

Funeral services will be 10:00 am. Saturday, November 19, 2022, at McGuire & Davies Funeral Home and Crematory, Monmouth, IL. Visitation will be from 5:00-7:00 pm Friday, November 18, 2022, at the Funeral Home.  Cremation will take place following the services with a family interment at Norwood Cemetery at a later date.  Memorials may be given to the Quad-Cities Honor Flight and sent to the funeral Home.

To send flowers to the family or plant a tree in memory of James R. Olson, please visit our floral store. 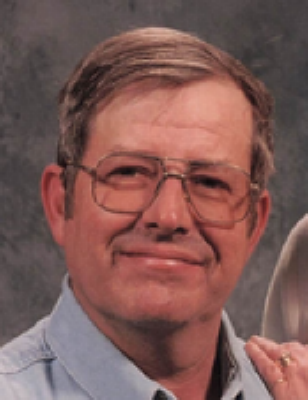