Share a memory
Obituary & Services
Tribute Wall
Read more about the life story of Patricia and share your memory.

Pat was born September 6, 1941 in Monmouth, IL, the daughter of Harry, Jr. and Dorothy (Boyd) Mills.  She was raised and educated in the Monmouth area and graduated from Warren High School in 1960.

Pat married John E. Bresnahan on June 10, 1961 at Immaculate Conception Catholic Church in Monmouth, IL and he passed away on January 25, 2021.

Pat worked at Maytag/Admirals in Galesburg for 35 years.  She and her husband John also ran Murph’s Tap for many years in Monmouth.  Pat loved to read, and enjoyed going to flea markets.  She enjoyed getting together with her friends and having happy hour with them.  Most of all, she loved spending time with her family, especially her grandchildren.  Pat was a member of the Immaculate Conception Catholic Church in Monmouth, IL.

She was preceded in death by her parents; her husband, John Bresnahan; one sister, Donna Empson; one great granddaughter, Raelynn Robbins; her son in law, Ricky Robbins.

To send flowers to the family or plant a tree in memory of Patricia L. (Mills) Bresnahan, please visit our floral store. 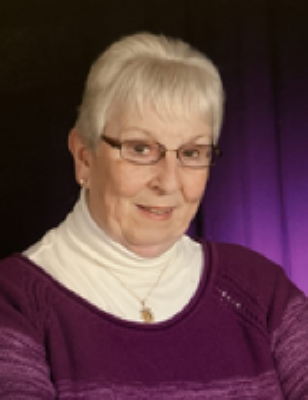